Spring is in Full Swing 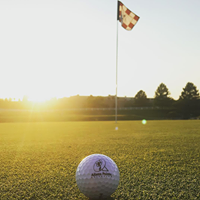 Out with the snow and in with the rain. We recorded just around 6.0" of rain here at Adams Pointe for the month of April which is above average for the Kansas City area for this time of year. A combination of ample moisture, warmer temperatures and longer days has our cool season grasses thriving. 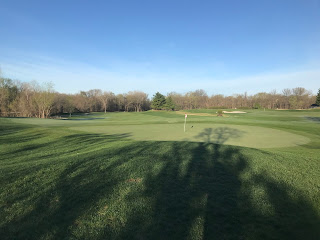 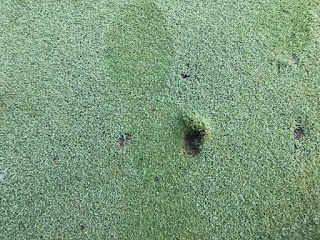 Repairing ball marks goes a long way in maintaining a smooth and consistent putting surface. Unfortunately, we do not have the crew capacity to fix all of these ourselves. The crew, as well as the golfer behind you, would appreciate if you could take the time to repair 1 ball mark per green. Thank you for your help and consideration. 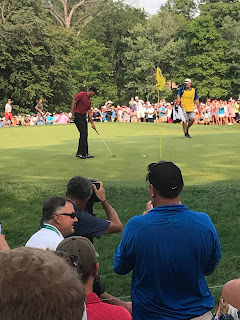 A couple of our staff members were lucky enough to attend the PGA Championship last year at Bellerive Country Club. I know Brooks Koepka won this event but seeing the crowds following Tiger Woods is something to see in its own. After winning this years Masters Tournament for the 5th time it looks like Tiger is officially back. This is a great thing for the game of golf. During his career Tiger Woods has created a lot of buzz around the sport and also brought in many new and young fans that possibly started playing because he is so exciting to watch.
Posted by Austin Lynch - AGCS at 6:42 AM